Dear Esther. I have found myself to be as featureless as this ocean, as shallow and unoccupied as this bay, a listless wreck without identification. My rocks are these bones and a careful fence to keep the precipice at bay. Shot through me caves, my forehead a mount, this aerial will transmit into me so. All over exposed, the nervous system, where Donnelly’s boots and yours and mine still trample. I will carry a torch for you; I will leave it at the foot of my headstone. You will need it for the tunnels that carry me under. 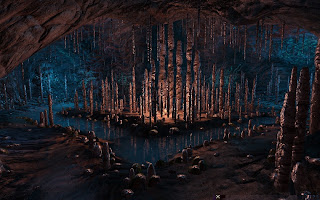 By the first note I am reduced to tears. How did you capture my sorrow and paint it into a picture, a marvel, anxiety and resolve at the same time? This solitude pierces my mind, this sound is deafening.
I can feel the wind on my skin and smell the ocean water. The cold of winter embracing my being the sand beneath my feet. The sunset seeing right through me and rocks pointing and poking at my hurt. Dear Esther is my deepest sadness.
Read more »
Posted by Unknown at Friday, March 16, 2012 1 comment:

I've come across possibly the most beautiful music I have ever heard. The music of Journey is something experienced in extraordinary ways. To say that it affects a person is a gross understatement. This music has completely overwhelmed by entire being, it has touched me so deeply and unraveled everything that I am.

I'd like to share this and hope that others are as incredibly moved by it as I am.

Notch, Valve and Bethesda to face off for charity

Go gief your monnnies!
Join the developers of Minecraft, Team Fortress 2 and Skyrim, as well as other gaming personalities in a brutal Team Fortress 2 shootout, as they show off their skills for charity.

Celebrities are lining up to throw down for charity. Three lucky gamers who donate to Child’s Play Charity will have the chance to compete with the likes of Notch, Robin Walker and others, later this spring.

TF2 Mix-up has brought together some of the most exciting people in the gaming world for a Team Fortress 2 show match. The teams will consist of game developers, such as Robin Walker and Corey Peters (Valve), Nathan Purkeypile and Philip Nelson (Bethesda), and Markus ‘Notch’ Persson (Mojang), as well as online personalities like Yogscast, Veronica Belmont, Freddie Wong, and CaptainSparklez. TF2 Mix-up is asking the public to donate to the charity event, at tf2mixup.com, where three randomly selected donors will win a place in the match as well as signed merchandise from Valve and Bethesda . 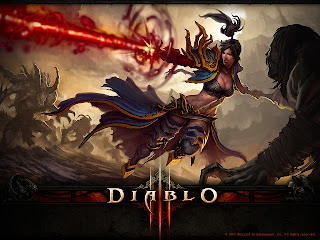 Blizzard Entertainment, Inc. today announced that Diablo® III, the next chapter in its critically acclaimed action role-playing game series, will be unleashed from the Burning Hells on May 15.
Starting that day, gamers with a thirst for fast-paced action and adventure will be able to purchase Diablo III at retailers throughout the United States, Canada, Europe, South Korea, Southeast Asia, Australia, New Zealand, and the regions of Taiwan, Hong Kong, and Macau. In addition, gamers in the regions above as well as in Mexico, Argentina, Chile, and Brazil will be able to buy Diablo III digitally via Blizzard's Battle.net® website.